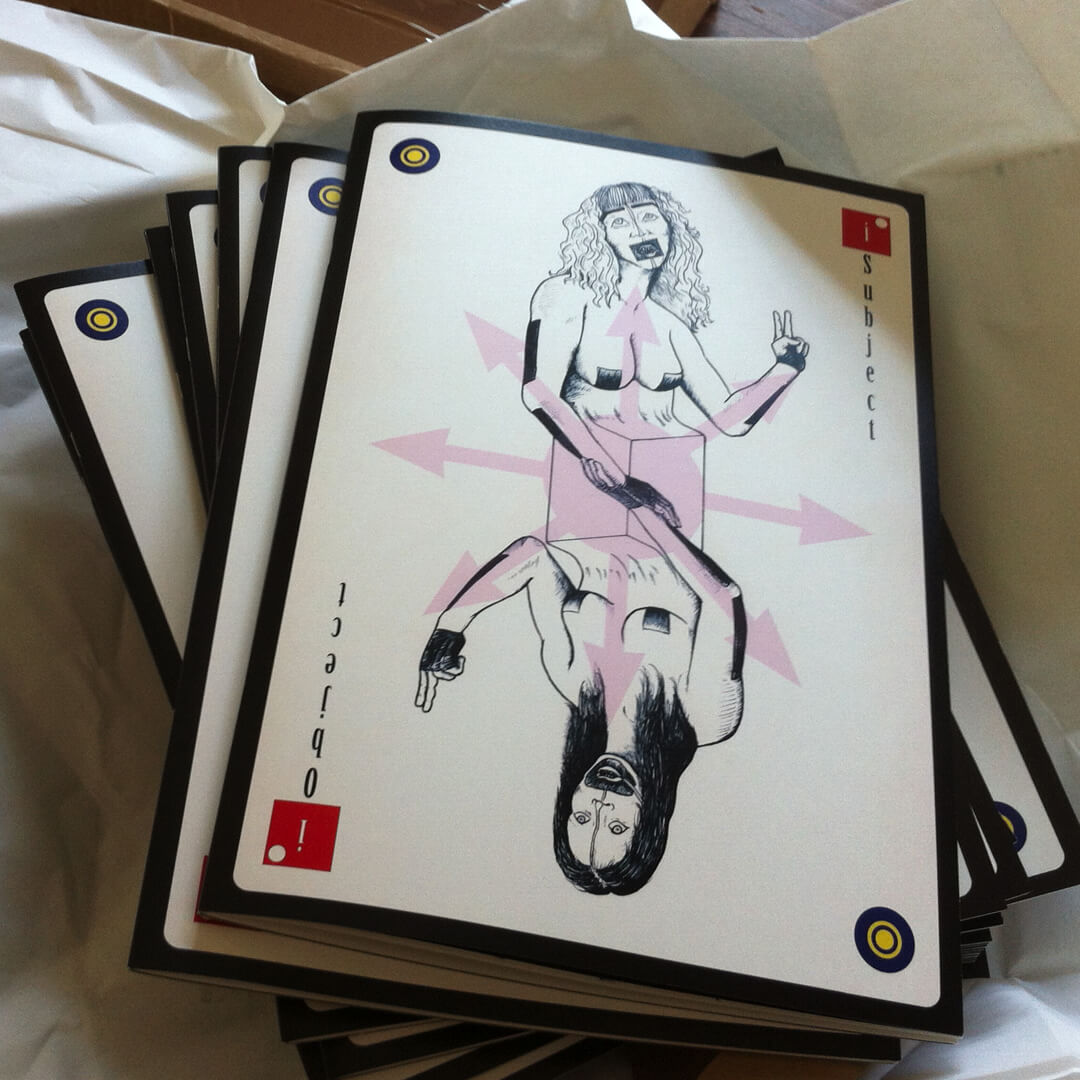 After almost a solid years work my first comic book is finally a physical fact! I’m so proud!
Back in october 2013 Samantha Thole asked me to think of a comic book loosely based on a performance she did with Mette Sterre.
The performance was held in and outside the Kingsgate Gallery London (curator: Tom Milnes).
Together, Samantha and Mette, performed in outspoken costumes (design: Samantha Thole).
A performance where Oscar Schlemmer’s Bauhaus costumes meets 1980s Transformers meets 1980’s WWE wrestlers. They combined Bauhaus aesthetics with female nudity and finally complete demolition of the costumes.
This performance to me had elements of transformers, valkyries, amazons and feminism.
The battle had a certain tension between rage and desperateness.
The concept behind the title of this performance was based on a philosophical issue called the “Subject – Object problem”. When looking up this philosophical issue on wikipedia we find the following: The world “out there” is perceived by the mind, and so also is the interior world of conscious events. The relation between the two is much debated:
“We consciously experience many different things, and we can think about the things that we experience. But it is not so easy to experience or think about consciousness itself…Does the world have an observer-independent existence (realism) or does its existence depend in some way on the operation of our own minds (idealism)?
Is knowledge of the world ‘public’ and
‘objective’, and knowledge of our own experience ‘private’ and ‘subjective’?”
The performance was also about feminism. To me Feminism is a force that strives to make things equal and finding balance.
Achieving balance trough force is what i tried to incorporate in the story.
Samantha gave me total freedom to shape the story in any way i wanted, which it did. At first we decided on doing 1 page but turned out at 14 pages. I started with one page and every page after was a response to the previous one, so no real planning ahead story-wise. Which might also be an extra reason why this project took me longer than i thought.
On this website you can order your own signed and numbered copy. Only 170 copies were printed. 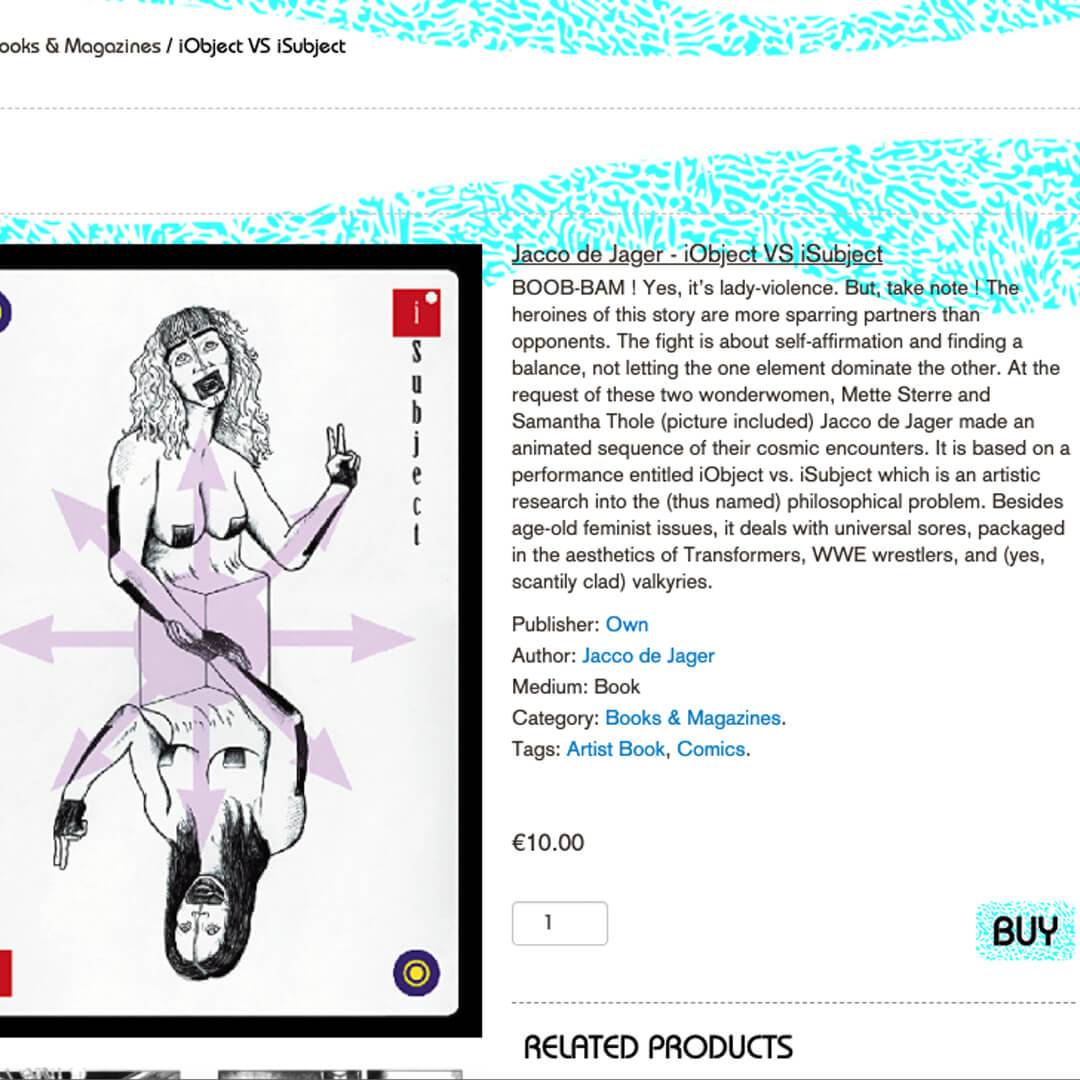